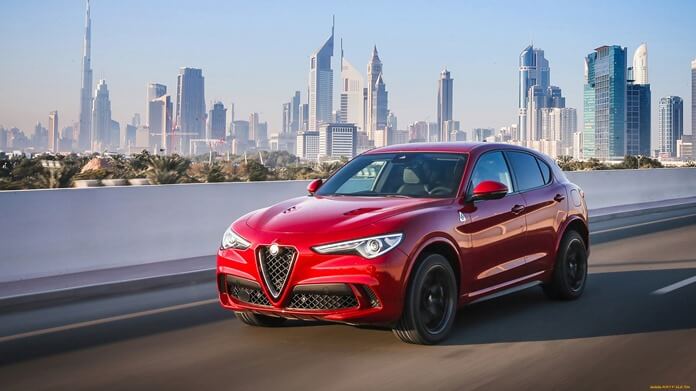 Jeremy Clarkson is a legend in the world of automotive journalism. He is responsible for turning the Top Gear car show into a mega-popular one (it is officially watched by 350 million people, and unofficially even more), and also the first in history to reach the earth’s magnetic pole in a passenger car. Now he prepared a list of best cars 2019.

And now Clarkson is a regular columnist for the Sunday Times, where he talks about the cars he had to drive.

Here is the list of the best and worst cars of 2019 according to Jeremy Clarkson.

Toyota GR Supra is the starter in the list of loser cars, which usually does not knit brooms, but clearly not this time. However, the main fault of the Toyota GR Supra according to Clarkson is inexpressiveness.

And although the speed and handling of the Japanese at the best, borrowing technology from BMW could not affect the uniqueness of the model. The car has no “own face” and is almost indistinguishable from the BMW Z4 or Toyota GT 86.

For Clarkson, BMW X5 xDrive 30d m sport, the new all-wheel-drive SUV was a real disappointment. The three-liter engine with 249 HP (or 340 in another configuration) seemed to Jeremy not powerful enough. But the main problem of the car, in his opinion, was the electronics.

Whether the model was too hasty to launch on sale, or for another reason, but as a result, its electronic filling turned out to be cumbersome, clumsy and difficult to use. Clarkson was so unpleasantly surprised by the car that he stated that the only thing he liked about it was the shape of the gear lever.

Although the roar of the motor is more likely to add points to the car in Jeremy’s personal rating, this does not apply to cabin noise. And the new Audi supercar suffers from just that. The second drawback of the car is the suspension; shake the driver will be pretty.

And although this energetic car looks great, has a very comfortable interior and a powerful turbocharged engine, all these excellent qualities could not change the opinion of the British auto journalist for the better.

Suzuki Jimny, the SUV from Suzuki has problems with management and the braking distance is longer than the TRANS-Siberian highway, but all this is more than redeemed by one quality-passability.

Driving off-road on a Suzuki Jimny can cause a wide smile to the ears. No joke, one-piece frame, spring suspension, and alloy wheels. Although, as Clarkson says, only a masochist can get pleasure from driving a Suzuki Jimny.

Speaking about this model, the famous British journalist did not hesitate in expressions. According to him, driving a Renault Megane RS Trophy is like riding a roller coaster, having eaten too much LSD.

Let’s not guess exactly where Clarkson gained such a vivid experience. Suffice it to say that the front-wheel-drive hatchback from Renault is the new lap record holder at the Nurburgring. The car covered the distance of 20.6 km on this race track in just over 7 minutes.

Of course, we are talking about a heavily modified version of the machine (for example, it was lightened by 130 kg for speed). And the mass, which goes on sale, will have a six-speed gearbox, a 1.8-liter engine with a capacity of 300 HP.

In this SUV, the company’s engineers managed to accommodate the real “eight.” The car accelerates to 100 km in 4.5 seconds and is able to give out 170 km / h.

According to Clarkson, the model turned out to be so successful that the rational part of the driver’s brain is completely turned off. By the way, this is an exclusive car that will be available to customers all year.

Jeremy was pleasantly surprised by the Peugeot compact van, although initially there was a low opinion of the car on the new platform. However, the test drive turned it all 180 ° – the “family man” turned out to be so beautiful.

First of all, Clarkson liked the suspension, which is so good that the driver does not even notice obstacles on the road. Among the other strengths of the model, the British leader called simplicity and ease of control and a small turning radius, despite the length of the wheelbase (4400 and 4750 mm).

Not only cars capable of delivering speeds of more than 300 km / h are participating in the personal columnist rating. Clarkson is omnivorous and enjoys looking at a variety of cars.

Including the most inexpensive of AMG cars – Mercedes-AMG A35 4Matic. This all-wheel-drive sedan in its appearance is more like a car for the middle class, rather than a sports car. And it is inferior in power to a typical sports car (under the hood there is a two-liter four-cylinder engine with a capacity of up to 306 hp).

However, as Jeremy writes, the Mercedes-AMG A35 4Matic showed a class on the road: it raced so hard that “the stars flew by at breakneck speed.”

The car has two configurations and two bodies – a coupe and a convertible. Both the one and the other have a powerful five-liter “eight” in 421 HP with a torque of 530 Nm. And both are distinguished by excellent handling.

Ford managed to get rid of the centuries-old Mustang disease – the demolition of feed. And even if the suspension is not too soft, you can change the power steering.

Clarkson and the 2019 Motor Awards performed in unison here: Jeremy named the Ferrari 488 Pista with an eight-cylinder engine of 711 HP as one of the best cars, and the show awarded it the title of the best supercar.

Clarkson in the descriptions vigorously expresses his enthusiasm: his article is full of expressions in the style of “rocket on the road”, “exciting”, “beautiful” and so on. The Ferrari 488 Pista even made him change his decision many years ago to never buy a middle-class supercar.

Although Bentley is associated as a luxury car, Jeremy however, awarded Bentley the title of best people’s car.

What is the” people’s car ” according to Clarkson? This is a four-liter eight-cylinder engine with a capacity of 542 HP-it is considered to be one of the most powerful engines in the history of Bentley. We don’t know about you, but Jeremy and I like these cars! However, it is difficult to call them” folk ” in our reality…

Speed, maneuverability, and responsiveness – these are the three qualities of the new car from Audi, which caused Clarkson’s delight. As the ex-leader of Top Gear put it, this car is the personification of a supercar.

This is what a sports car should be like: devour miles like noodles, roar with a motor so that everyone can immediately hear who is driving and spit on the percentage of harmful substances in the exhaust. In general, the car is very “Clarksonian”, he loves such people – aggressively roaring V10 engine and price under 200 thousand dollars.

It seems that the apocalypse has already come and hell has frozen because one of the best cars of 2019 according to Clarkson has become a “crossover”. This is surprising.

Alfa Romeo Stelvio Quadrifoglio – the only crossover to receive the engine directly from Ferrari. In general, this first attempt at off-road vehicles from Alfa Romeo was extremely successful: an engine of 505 HP and acceleration to 100 km/h in just 3.8 s.

But this car still has a Race mode, turning it on, which allows you to disperse the “iron horse” in a childish way and enjoy its speed and maneuverability with might and main. According to company engineers, an eight-speed automatic transmission changes gears in some 150 ms.

You may also like, Fastest Car in the World